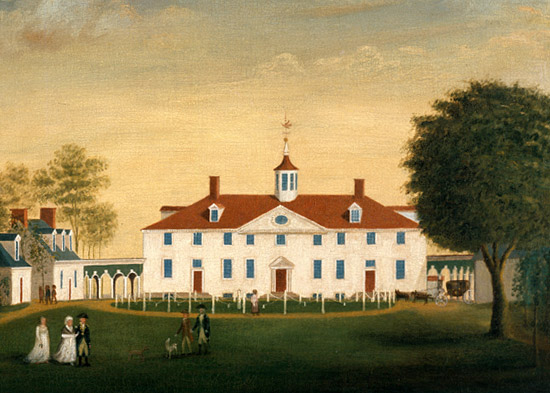 This new dystopian political thriller by freshman novelist John Christmas is fast paced and funny, and explores important social and philosophical problems with the misguided ideal of unlimited democracy.

Imagine an America where people still vote to elect their government, but where the government has abandoned the Constitution and embraced redistribution of wealth and rule by rioting mobs. Do you think you have already caught glimpses of such an America? Well, you haven’t seen anything yet. That, at least, is the message of Democracy Society, the scary but funny new novel by John Christmas.

The novel opens with a historical prologue featuring secret plotting by some of the American Founders. But that goes by quickly, and we are plunged abruptly into a society where democracy has degenerated into a nightmare of seized assets and enslaved entrepreneurs.

Just to get an idea of how scary this society is, here is an excerpt from a scene in which the President of the United States, Roberto Rojo, campaigns for re-election:

“These hundred-dollar bills have a picture of me instead of Benjamin Franklin since you don’t know who he was anyway!”

Rojo paused and made a mental note to ask an aide to figure out who Benjamin Franklin was, just in case the question ever came up.

This level of thinking may remind you of the 2006 film Idiocracy, in which society has become incredibly and comically “dumbed down.”

Fortunately, all is not lost. There are intelligent and virtuous people fighting to restore the system of governance envisioned by the Founders, heroes who understand that the protection of property rights is one of the keys to the establishment of liberty and prosperity.

One such hero is David Goldstein, a free market economist, who is running a last ditch campaign for the Presidency, doing his best to explain the need for property rights to a citizenry low on economic literacy.

Leading the heroic charge for action, adventure, and romance are Jack Cannon and Valentina Zaiceva, an international pair who seem prepared for any physical challenge that life can thrown at them. They have been recruited for a dangerous mission by a secret society — a secret society which traces its roots back to the time of the American Founders.

The story is quite fast paced and often very funny; at least, it was very suited to my sense of humor. As befits a political thriller, the story is a roller coaster of twists and turns, with a big final twist which I did not see coming.

As befits a political thriller, the story is a roller coaster of twists and turns, with a big final twist which I did not see coming.

He goes so far as to contemplate the question of whether a wise hereditary monarchy might sometimes provide a freer system of governance. The huge problem of how a monarchy could be kept on a wise path, however, is not explored. Granted that contemporary democracies show many institutional and philosophical weaknesses, it seems obvious to me that historical monarchies showed a grim tendency to sink into tyranny. But it’s also true that monarchy was a dominant form of government for much of human history, and speculative fiction has repeatedly imagined its return. See, for example, Niven and Pournelle’s classic The Mote in God’s Eye.

As an aside, it is worth noting that the authors of The Federalist Papers tended not to use the word “democracy” to describe the form of representative government they were endorsing. They tended to see the word as having negative connotations of the dangers of mob rule. But over time connotations often shift, and de Tocqueville’s Nineteenth Century study Democracy in America is devoted to explaining how well democracy worked out in the U.S.

While our author is critical of trends in American democracy, there is another country whose democratic trends he finds even scarier. His fictional Russian president declares: “I decided to go for the presidency instead of just a seat in the Duma because my supporters told me that I was extremely popular because of my corruption.”

The story line veers around the United States and around the world, and while the descriptions are not lengthy, they were very particular, giving the sense that the author had been to most of these places himself and taken note of their distinctive features.

While a number of the characters exhibit interesting personal outlooks and intriguing value conflicts, the pace of the story necessarily keeps us from getting into a great deal of psychological depth. This is not a book to take up if you insist on multidimensional character studies, or if literal believability is high on your list of literary virtues.

It’s more of a high-speed trip through a Looking-Glass dystopia, with the illogical villains showing off thinking processes reminiscent of Lewis Carroll’s Alice stories. Fortunately, the heroes demonstrate the common sense logic which Alice herself displays, and you have the sense, from the beginning, that the heroes will emerge triumphant.

John Enright is the author of More Fire and Other Poems and the novel Unholy Quest. He lives in Chicago with his wife, Marsha Familaro Enright, and works as a computer consultant. His regularly-updated blog is titled "Rhyme of the Day."

To post comments, please log in first. The Atlasphere is a social networking site for admirers of Ayn Rand's novels, most notably The Fountainhead and Atlas Shrugged. In addition to our online magazine, we offer a member directory and a dating service. If you share our enjoyment of Ayn Rand's novels, please sign up or log in to post comments.
Jennifer C 2013-06-09 01:47:06 UTC
6 points

I fear that I didn't "get" the purpose of this novel. It reads like a spoof, whether intentional or not. The humor, if any, eludes me. Is it just me or did I read it while in bad mood? I don't see this rocketing to anyone's best seller lists, no matter what their political stance. Correct me if I'm wrong.
Charles F 2011-08-30 15:45:54 UTC
0 points

This sounds interesting. I wish you would have stated explicitly whether the author has a solid moral basis for his views (Objectivism) or is just dissatified with man's inability to live up to the prevalent moral ideals of this age. Can you clarify?

The authors of the Federalist Papers knew that every single democracy ever tried has degenerated into chaos, empire or collectivism of some kind. The structure of the original governement of the US was a federal republic. That original structure has been gutted and replaced by a pseudo-democratic merchantile system in which the people exist for the state and its most ardent supporters which includes many big businesses with "friends" in Washington, organized labor, and the entitled majority.

This novel basically describes anarchy in spite of the presence of a "government." It could be called "supervised anarchy." If Hillary Clinton and the communist UN fail to get our guns, this scenario probably won't unfold, but we're in for a rough ride.
Mike R 2011-08-31 08:25:11 UTC
0 points

Good job describing the book in terms that made me put it on my Amazon wish list -- especially the very critical last phrase, "you have the sense, from the beginning, that the heroes will emerge triumphant."
Gerald F 2011-08-31 13:13:17 UTC
0 points

I liked that the article described the writing style of the books author. He described the book well enough to give you an idea without giving away plot or ending.
To post comments, please log in first. The Atlasphere is a social networking site for admirers of Ayn Rand's novels, most notably The Fountainhead and Atlas Shrugged. In addition to our online magazine, we offer a member directory and a dating service. If you share our enjoyment of Ayn Rand's novels, please sign up or log in to post comments.
In the Atlasphere
Search Directory
Books and DVDs » See all
The Ideas of Ayn Rand
By Ronald E. Merrill