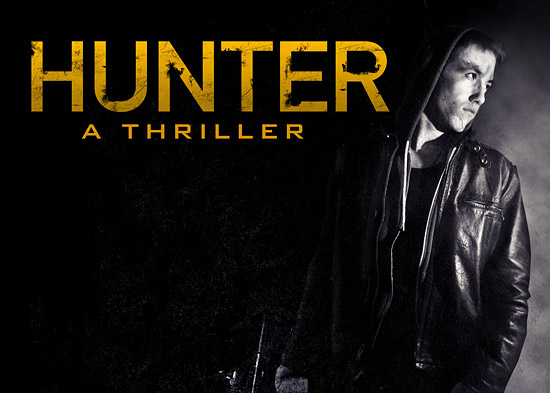 Robert Bidinotto's new novel has been accumulating rave reviews at Amazon.com. Does it live up to expectations for discerning enthusiasts of Ayn Rand's novels, as well? Fortunately, it does.

I demand a sequel.

That, in a sentence, is my review of Robert Bidinotto’s first novel, Hunter: A Thriller (2011, Avenger Books). But let me elaborate.

I am not a reader of thrillers, spy stories, or detective novels. I confess to having read some Mickey Spillane in my youth. I began Donald Hamilton’s Matt Helm series but gave it up fairly soon. I read all of the James Bond novels, but saw only the early movies.

They’re just not my style.

I come to Hunter as a reader of Jane Austen and Anthony Trollope — which is to say: as a reader of straightforward romance novels that take human decency as their outlook, yet understand that conflicts often occur between decent people. And coming to Bidinotto’s Twenty-first Century thriller novel from the perspective of Nineteenth Century romance novels, I found it to be a joy.

To say that Hunter is a well-structured novel is an understatement. Its 462 pages are divided into 40 chapters, grouped into three parts. Each of the chapters comprises between one and four “scenes,” with each scene being given a precise locale, a precise date, and a precise time, such as: “Falls Church, Virginia, Saturday, September 20, 9:35 a.m.”

From these scene directions, we know that virtually all the novel takes place around Washington, D.C. From the days and dates, we can infer that the novel takes place in 2008. There is one flashback to 2006, but most of the backstory is set during the post-9/11 war in Afghanistan; the deeper backstory is set in the hero’s childhood and college years.

The central conflict in Hunter is easily stated. A crime-fighting journalist (Dylan Hunter) turns vigilante, while a CIA huntress of moles (Annie Woods) falls in love with him — and he with her. United by their passion for justice, and for each other, Dylan and Annie are torn apart by their inability to be honest with each other — an inability imposed on them by the secretive nature of their respective crusades. Things get worse, and the page-turning gets faster, when Dylan’s and Annie’s crusades begin to cross.

Bidinotto has introduced us to a coterie of folks that we love, that we yearn to meet again, that we want to know better.

There is nothing of philosophizing or pontificating or preaching in Hunter. Nevertheless, it is this philosophical conflict between the two main characters’ passion for the virtue of justice — treating people as they are — and their thwarted desire to be honest with each other — to be loved for who and what they are — that drives the novel’s plot.

Yes, there are villains to be overcome — the novel’s subtitle A Thriller must be honored — and the villains are far from cartoonish. The profound harm that evil men wreak on good people is portrayed here in the most heart-wrenching terms. On occasion, it brought me to tears.

But Bidinotto shows, by drawing on his own long career as a crime journalist, that the magnitude of the harm evil men perpetrate would not be possible without those intellectually and morally confused enablers who blithely allow human fiends to escape punishment again and again. Such enablers are here treated by Bidinotto, depending on the degree of their culpability, with a varying mixture of contempt and mordant derision, the latter often being laugh-out-loud funny.

This is the first reason that I am impatient for a sequel to Hunter: I want to return to the exhilarating moral atmosphere of Bidinotto’s story. I confess that a day or so after I had finished the novel I noticed that I seemed to be “a little down” emotionally. The reason was obvious: I was back in the real world, where justice is a scarce commodity. Of course, it does not help that my main job is uncovering and writing about injustice: businessmen who are being persecuted by the government for actions they did not commit or for actions that should not be crimes.

Although that is not the particular type of injustice emphasized in Hunter, injustice it certainly is. And it is worth noting that my emotional reaction to Hunter exposes the nonsense of the conventional distinction between being “soft on crime” and “tough on crime.” The Innocence Project and Death Wish are both manifestations of the impulse for justice.

Even the minor evil characters, whom we meet only as they are about to be dispatched, are memorably etched with a few deft strokes.

But the second reason that I want a second helping of Hunter has to do with its characters. I have noted that the action in this novel has been precisely plotted, down to the minute. Some authors say that when they write a novel they merely create a bunch of characters, place them in a situation, and then sit back to watch what happens. Not Bidinotto. He clearly takes his stand with Valdimir Nabokov, who declared: “My characters do exactly what I tell them.”

But that is from the author’s perspective. From the reader’s perspective, characters must not appear as mere chess pieces. They must seem like real people, acting from internal motives of character and personality, and Bidinotto’s characters always do.

For example, the well-plotted actions that occur when Dylan’s crusade and Annie’s crusade conflict would not be believable unless you first believed — not only that their crusades are right — but that their passion for each other is no less right. And you do believe it. I said that I approached Hunter not as a thriller reader but as a romance reader, and so I cannot tell you that this is a great thriller. But I can assure you that it is one of the great romances.

Going beyond the main protagonists, even the lesser characters are vividly realized. Even the minor evil characters, whom we meet only as they are about to be dispatched, are memorably etched with a few deft strokes. Bidinotto seems incapable of creating a cardboard figure. An author who, just by the way, gives us a cat’s tail swaying “like a wobbly periscope” is clearly a born poet.

And this points to the second reason that I demand a sequel. In creating the benevolent characters of Hunter, both major and minor, Bidinotto has introduced us to a coterie of folks that we love, that we yearn to meet again, that we want to know better. When I found myself feeling a little down after finishing Hunter, it was in some part because I missed the moral atmosphere of the novel. But it was in much greater part because I missed the new friends that Bidinotto had given me — and I still do.

I miss Dylan. I miss Annie. I miss Danika and Wonk and Bronowski. I miss Grant Garrett and Ed Cronin. Hell, I miss the cat.

The book is available from Amazon.com in paperback ($15.95) and Kindle ($3.99) editions. See author Robert Bidinotto's blog for additional information and updates about the book.

Roger Donway is Program Director of the Business Rights Center at The Atlas Society.

To post comments, please log in first. The Atlasphere is a social networking site for admirers of Ayn Rand's novels, most notably The Fountainhead and Atlas Shrugged. In addition to our online magazine, we offer a member directory and a dating service. If you share our enjoyment of Ayn Rand's novels, please sign up or log in to post comments.
David E 2011-09-21 11:36:23 UTC
5 points

Superb review of what seems a profoundly good book. I'm also an Austen fanatic and rarely enjoy "thrillers" because they lack character and depth. I look forward to this book with great anticipation.

One last note: This is exactly how a book review should be written -- masterful general exposition and witty enthusiasm! Excellent job!
Joshua Z 2011-09-21 09:24:38 UTC
4 points

I'm 182 pages into the book and loving it. The words that come to mind are "mastery" and "enjoyment." Bidinotto's mastery of his craft is evident, and I've also gotten the feeling a few times that he must have really enjoyed writing this book -- the feeling of a sharp mind at work and at play.
Ilene S 2011-09-30 05:25:06 UTC
3 points

Great read! So glad you recommended it. It is a well-written first novel, at times gripping. I can only think that Bindinotto will get even better as the hunt continues.
Marcus M 2011-09-21 14:52:25 UTC
2 points

The review makes me want to read the book. You must have interesting villains to make the exchanges with the hero worthwhile. I too am NOT a reader of this genre, but I have watched my fair share of Bond movies, and cardboard villains seems to be the staple of that franchise -- at least in the movies (maybe Fleming's book-villains are better drawn, but I'm not counting on it). Looks like I'll be picking up Bidinotto before even considering Bond.
Edd V 2011-09-21 09:08:23 UTC
1 points

Great take on a great book. I thoroughly enjoyed both. Yes Hunter is extremely well crafted and takes turns that most thrillers don't. As in the relationship development between Dylan and Annie. The author is thrilled by your kind words I am sure.
Charles A 2011-09-21 12:25:18 UTC
0 points

I could not agree more. Bidinotto's main characters are also interestingly intelligent. Dylan Hunter is quite humorous in his own unusual way.
To post comments, please log in first. The Atlasphere is a social networking site for admirers of Ayn Rand's novels, most notably The Fountainhead and Atlas Shrugged. In addition to our online magazine, we offer a member directory and a dating service. If you share our enjoyment of Ayn Rand's novels, please sign up or log in to post comments.
In the Atlasphere
Search Directory
Books and DVDs » See all
Firefly
Starring Nathan Fillion