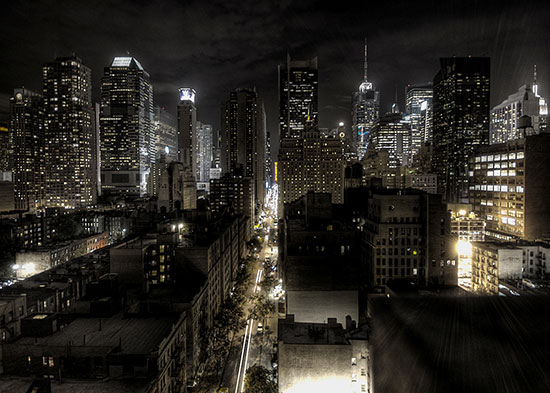 Each year for the past decade, Open Court Publishing Company has released a new book in its “Ideas Explained” series. This year they are offering a volume on Ayn Rand, to sit right beside Sartre, Heidegger, and Rawls. Does the book do justice to its subject? Let’s take a closer look.

Oh, no, not another book about Ayn Rand! Is this really necessary?

The book is Ayn Rand Explained: From Tyranny to Tea Party, by Ronald E. Merrill, revised and updated by Marsha Familaro Enright (Open Court, 2013). It is part of a series explaining great philosophers, and is a revised edition of Ronald Merrill’s 1991 work The Ideas of Ayn Rand.

The book surveys Rand’s life, candidly including her affair with Nathaniel Branden, her novels, and selected areas of her philosophy. In addition, it treats a few subjects that fall outside the usual taxonomy of ideas, such as Rand’s style and her relationship with Nietzsche.

The book’s original author, Merrill, died in 1998. With this edition, Marsha Enright has added some material at the front of the book, dusted off some of its body, and occasionally filled in her own opinion, especially on some of Merrill’s controversial points. The result is sometimes awkward but always interesting.

The awkwardness is a real problem, unfortunately. Although Enright tells the reader in a general way what her contribution to Merrill’s original text is, it remains difficult at times to discern where Merrill leaves off and where Enright begins.

It would have been better to present Merrill’s work in its entirety and to add front and back matter and a running commentary of footnotes.

I’m not sure whether this quasi-scholarly approach to Merrill’s work would have fit into Open Court’s “Explained” series, however, since it would have made it look as if the focus was on Merrill rather than Rand.

The way I would characterize Ayn Rand Explained is to say that it is “sympathetic without being sycophantic.” Merrill, whose book this mostly is, obviously gave a lot of thought to Rand’s fiction and her ideas, although he was neither a philosopher nor a literary critic, he generated many interesting insights into her work. Some are rather quirky, but even these are thought provoking.

The depth of coverage is a bit uneven: Sometimes it seems to presuppose little or no familiarity with Rand; sometimes it covers academic debates over Rand’s ethics and politics that only a fairly advanced student might be interested in.

The way I would characterize Ayn Rand Explained is to say that it is “sympathetic without being sycophantic.”

This work is definitely not a place where a novice should begin. It is not Ayn Rand for Dummies. In addition, it contains many spoilers of Rand’s fiction.

Lastly, the quirkiness is just too much at times. Merrill offers up a theory that the thirty-six identified characters in Galt’s Gulch represent the thirty-six virtuous people who must be on Earth at any one time if the God of the Old Testament is not to destroy it.

Since Rand demonstrated zero knowledge of or interest in the Bible, at least in her published writings, this seems highly unlikely — and Enright says as much. As something of an autodidact myself, I can tell you that the great danger of autodidacticism is eccentricity, and Merrill evinces that quality. Of course, the great virtue of autodidacticism is freshness, and Merrill evinces that as well.

One topic he covers in medium depth, which a person only slightly familiar with Rand would be able to follow and appreciate, is Rand’s interest in Nietzsche. One of Merrill’s “story arcs” is how Rand fell in, and then out, of love with Nietzsche. Rand discovered Nietzsche as a young woman and was quite taken with some of his ideas.

There’s far more to Nietzsche than some people realize, and Rand seems only to have been smitten with his ideas about greatness and his anti-altruist/collectivist ideas.

She apparently was always uncomfortable with the degree to which Nietzsche rejected reason, although as Merrill (or is it Enright?) points out, she tried a bit to reconcile her view of the matter with Nietzsche’s, as when she wrote in her journal in 1934, “reason is instincts made conscious” (italics in original).

It would have been interesting if Merrill had connected this idea to the character of Howard Roark, who in some ways seemed to embody it, as his independence was originally a matter of character (“instincts”), with the philosophy only coming later.

Merrill does a good job of tracing Nietzsche’s influence on Rand, especially in We the Living, even though he didn’t have access to most of the material in her journals, which weren’t published until well after The Ideas of Ayn Rand. Unfortunately, he does state that Nietzsche was in a sense a defender of reason. This is not true in any sense a follower of the mature Ayn Rand would recognize.

Nietzsche’s ideal is not the man of reason, but the man of overflowing health. For Nietzsche, the representative of reason is Socrates — who is strangely ignored in Objectivist writing — and Nietzsche repeatedly attacks Socrates as a decadent. In Nietzsche’s view, reason is something you resort to only when your instincts have failed. Nietzsche might have respected Roark, but he would have had nothing but contempt for John Galt.

Ayn Rand in a 1959 interview with CBS’s Mike Wallace

Merrill tries very hard to integrate Rand’s thought into useful chunks. The love affair with Nietzsche is one example. Another one is Rand’s idea of the sanction of the victim, which claims that if you are exploited, it is because you gave your exploiter the power to do so, and that you can withdraw your sanction at any time.

Merrill regards this principle as the key to Atlas Shrugged and a turning point in Rand’s thinking as great as her break with Nietzsche. It resolves Rand’s decades-long conundrum about how a good man can live in a corrupt society, a conundrum which was a source of personal anguish for her. Merrill does a good job of explaining the theme of “alienation” and despair over the state of the world, especially as it manifests itself in The Fountainhead.

It is a very good thing that Merrill tries to identify large-scale themes in Rand’s work. I don’t always agree with him, but it is important that people do this kind of “chewing” of Rand’s thought, to use Rand’s own term. Another example would be how he characterizes Rand’s stylistic motifs, such as Love of Paradox and Shocking the Middle Class. Passages like this help us gain perspective on Rand by naming what she does.

The book’s emphasis on all institutions represents definite progress over the way in which many Objectivists seem to pin their hopes entirely on politics.

The book concludes with a section on the prospects of Objectivist thought in American culture. It correctly points out that it is not merely government which must be reformed in order to accommodate reason in human life, but all institutions, including the family and schools. Marsha Enright, with her lifelong involvement in education, would surely know about this.

The book’s emphasis on all institutions represents definite progress over the way in which many Objectivists seem to pin their hopes entirely on politics.

In conclusion, Ayn Rand Explained is a fresh, if idiosyncratic, treatment of a great writer and will give any reader versed in Rand’s ideas a lot to ponder and investigate.

Kurt Keefner is a writer and teacher who studied philosophy at the University of Chicago. He lives near Washington, DC with his wife. His first book, Killing Cool, will be published later this year. His recent essay “Free Will: A Response to Sam Harris” is available from Amazon. Visit his blog at kurtkeefner.com.

The cover photo at the top of this article was taken by Jim Trodel, who takes beautiful photographs.

To post comments, please log in first. The Atlasphere is a social networking site for admirers of Ayn Rand's novels, most notably The Fountainhead and Atlas Shrugged. In addition to our online magazine, we offer a member directory and a dating service. If you share our enjoyment of Ayn Rand's novels, please sign up or log in to post comments.
John R 2013-07-14 19:50:58 UTC
5 points

A very well written review that makes me want to purchase this book.
One challenge that I have always had with many of Ayn Rand's followers concerns her unfamiliarity or interest in the Bible. Yes, she was an athiest; but I find her a most curious athiest indeed. Here are two points to consider: Ellsworth Toohey in The Fountainhead is more true to the Biblical idea of Satan than are most fictonal or popular descriptions. In Atlas Shrugged, the plotline and con conclusion that suggest some familiarity with the core of the Bible and popular interpretations of the same. On this second point, in order for Dagney Taggart to be "saved", John Galt must be "killed" on the torture machine of the state.
Because of Ayn Rand's strong reasoning, I regularly use many of the ideas she promotes to suggest that for a moral code to have meaning; it must be an objective enterprise and not a subjective one. For this alone, I consider her to be one of the most significant thinkers of recent history even if she is not one of the most popular.
Ayn Rand deserves greater study and I would hope that this book would encourage many to give more thought to her ideas.
John C 2013-07-11 17:44:00 UTC
2 points

Well balanced review, including the pros and cons of the new publication. I believe the pros outweigh the cons and I'm adding "Ayn Rand Explained" to my reading list.
(profile not found) 2015-05-11 09:41:05 UTC
1 points

This article is really fantastic and thanks for sharing the valuable post.

Thank you, John and John for your comments.

Touch Here For Risk-Free and Cost-Free Transporting Services inside India::-

Export Packers and Movers in Gurgaon @ http://www.export5th.in/packers-and-movers-in-gurgaon/
Export Packers and Movers in Hyderabad @ http://www.export5th.in/packers-and-movers-in-hyderabad/
Export Packers and Movers in Bangalore @ http://www.export5th.in/packers-and-movers-in-bangalore/
To post comments, please log in first. The Atlasphere is a social networking site for admirers of Ayn Rand's novels, most notably The Fountainhead and Atlas Shrugged. In addition to our online magazine, we offer a member directory and a dating service. If you share our enjoyment of Ayn Rand's novels, please sign up or log in to post comments.
In the Atlasphere
Search Directory
Books and DVDs » See all
Ayn Rand: My Fiction-Writing Teacher
By Erika Holzer

Details the mentor-protege relationship that young novelist-to-be Erika Holzer (Double Crossing, Eye for an Eye) enjoyed with Rand in the 60s. Includes a short story by Holzer, and her writing exercises. See the sample chapter published at the Atlasphere... »More
Capitalism Unbound
By Andrew Bernstein

Subtitled "The Incontestable Moral Case for Individual Rights," this book is ideal for the layman who admires capitalism but lacks a succinct, accessible explanation of its moral and economic virtues. »More
View our full store »