The Tao of Roark: A love song to life on earth 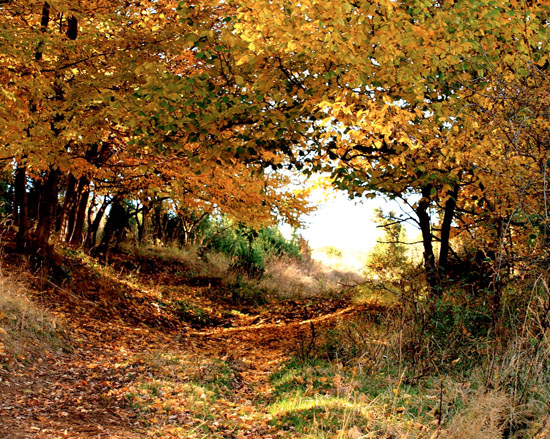 Do you enjoy learning from The Fountainhead? Now you can glean even more. In The Tao of Roark, Peter Saint-Andre explores key personal growth themes from Ayn Rand’s novel — themes immediately relevant to living the good life — with unusual insight and wisdom. This book honors, above all, the sacred fire of individuality. There's just one catch: The book uses unusual means to achieve its unusual effects.

One of my favorite novels is Hermann Hesse’s The Glass Bead Game, set in a future European country where a whole province is devoted to science, scholarship, and art. The queen of the disciplines there is the glass bead game.

Hesse deliberately does not concretely visualize the game. In the novel, the game originated in our time as music students strung colored beads on a wire frame to represent musical themes. Over the centuries, however, the beads came to represent ideas — from architecture, music, philosophy, etc. — among which harmonies and variations on a theme can be represented and discovered.

The game is a way to experience the significance and connectedness of ideas. It is not a means for discovering new truths, except insofar as it reveals relationships that lay beneath the surface. It is an object of meditation and devotion.

The Tao of Roark: Variations on a Theme from Ayn Rand by Peter Saint-Andre

Attempts have been made to realize the glass bead game, but as far as I know, none have been successful. Until now.

Longtime Atlasphere member Peter Saint-Andre — information technologist, musician, and student of philosophy ancient and modern — has written a meditation on the ideas of Ayn Rand, and especially on the character of Howard Roark, that fits the bill. His book is titled The Tao of Roark: Variations on a Theme from Ayn Rand.

No, Saint-Andre was not actually trying to create the game, and his effort doesn’t use glass beads or pictures of any kind. It uses words, but it’s not a sustained argument. It contains several suggestions of arguments, more like provocative insights than anything proven. Rather, it is an attempt to give the reader an experience of a sensibility — the sensibility of the rational life here on earth.

A couple of clarifications: First, it’s not about the whole of Rand’s philosophy. The book is only 56 pages long; epistemology and esthetics do not fit into its rubric. It is about ethics, how man lives with himself, others, and nature. Second, Saint-Andre is not an Objectivist purist. He fills in some of Rand’s ideas in his own way, and he ventures into Taoism, as you might guess from the title. Either this bothers you or it doesn’t.

Honesty is the essence of objectivity in a social context.

Saint-Andre conceives of his book as a set of variations on one of Rand’s themes. He compares it to Bach’s Goldberg Variations, where the variations are not so much on the melody as on the bass part. He gets off to a memorable start with the episode of the boy on the bike, from The Fountainhead. This is like Richard Strauss beginning Thus Spoke Zarathustra with the famous prelude.

A few pages later Saint-Andre introduces his bass part: The functions of the self, according to Howard Roark, are “to think, to judge, to act, and to feel.” Most of the rest of the book explores these functions and their relations to the virtues. Saint-Andre is well-schooled in Greek and Roman philosophy, so the focus on virtue comes naturally to him. Virtues for him have a general aspect, a social aspect, and a spiritual aspect.

For example, after an interesting discussion of the virtue of objectivity, the difficulty of which Saint-Andre is quite eloquent about, he turns to honesty. “Honesty is the essence of objectivity in a social context. Honesty is my recognition that you too are a thinking being.... My honesty enables you to be more objective.” This is a very interesting connection.

His method is one of shining a light on a subject until you see it for yourself.

Saint-Andre follows up on the social meaning of objectivity with a discussion of being objective about oneself. A similar triad is offered for responsibility, its social aspect of respect, and then self-trust. There are similar such triads, all following the same pattern of general virtue — social implication — implication for the self. This pattern sets up a natural repeated rhythm.

Within each of his variations, Saint-Andre sets up smaller rhythms, as he teases out the meanings of Rand’s ideas. Usually, he uses statements and if-thens, but sometimes he uses a series of questions, as in the section on compassion, which is “the essence of passion in a social context”:

Can I give you empathy without pity, understanding without condescension, attentiveness without influence, commitment without exclusion? Can I help you bring out the best in you without seeking to direct your life? Can I see what is best for your life without seeking to impose it upon you? Can I treat all people with humanity, some with fellowship, fewer with friendship, fewer still with great love — without falling prey to the traps of in-groups and out-groups, judging without individual understanding, and the false alternative of deification versus demonization?

It goes on from there. I know some people who could stand to meditate on that passage. Sometimes I have been one of them.

Piling on ideas like this is Saint-Andre’s method of thickening the texture of his variations. You’re not supposed to wait for him to address these points. He does address some of them, but his method is not that of the syllogism, with premises plus verbal logic yielding conclusions.

Wait until the serenity is upon you and you can go lie down under a tree and let this book invade your consciousness like music.

Instead, his method is one of shining a light on a subject until you see it for yourself, at least if you’re primed by reading Rand. The book had the strange effect on me of filling my brain with a viewpoint — which I already held, but with some doubts and uneasiness — until there was no room for uncertainty. I think that’s a significant accomplishment.

Musically, it calls to my mind, not the Bach variations, which I’m not familiar with, but the powerful second movement of Brahms’s Second Piano Concerto.

This book is not going to work for everybody. Some readers will object to Saint-Andre’s excursion into Eastern philosophy — which I found interesting, without knowing much about the subject. Some of his connections are a bit strained. The non-discursive style is going to rub some of Rand’s readers the wrong way. And you do not want to read this book in the wrong mood, because it will irritate you.

So wait until the serenity is upon you and you can go lie down under a tree and let this book invade your consciousness like music. Better still, go for a long bike ride in the country and then read it. It will give you the experience of a great philosophy.

Getting your copy: The Tao of Roark is available in print edition or Kindle edition, as well as freely available for online reading at tao-of-roark.com.

Kurt Keefner is a writer and teacher who studied philosophy at the University of Chicago. He lives near Washington, DC with his wife. His first book, Killing Cool, will be published later this year. His recent essay “Free Will: A Response to Sam Harris” is available from Amazon. Visit his blog at kurtkeefner.com.

To post comments, please log in first. The Atlasphere is a social networking site for admirers of Ayn Rand's novels, most notably The Fountainhead and Atlas Shrugged. In addition to our online magazine, we offer a member directory and a dating service. If you share our enjoyment of Ayn Rand's novels, please sign up or log in to post comments.
Carrie Ann B 2013-09-27 01:44:47 UTC
11 points

As an individual's meditations on various ideas and themes that emerged from his reading of The Fountainhead, St. Andre's brief monograph is inspirational. Whether one is interested in meaning, value, purpose, reason, or emotion, there is something in here for nearly anyone to meditate on. This does not imply agreement with all of his claims, but rather, offers the reader the opportunity to be provoked into further thought by them.

One of my favorite passages concerns the powerful role played by choice in the good life, and how genuine choice involves wholeheartedness:

"Yet the things that I choose are the essence of my life. When I choose something, I accept it, affirm it, admire it, let it into my life, give it my living energy, say yes to it in a total, undivided way. It becomes part of me and I become as faithful to it as I am to myself."

Given that so many people seem fearful of commitment--to another person, a vocation, or whatever--this paean to wholeheartedness is a refreshing (and necessary) reminder of how powerful and life-giving a force it is to choose someone or something with all of one's being, most especially one's own existence.

Thanks for letting us know about this interesting book which is posted free online. I read it this morning, since it isn't very long. I agree that learning from "The Fountainhead" can be enhanced by reading "Tao of Roark" and in fact "Tao of Roark" is reminding me that I haven't read "The Fountainhead" recently and should add it back on my reading list. I also agree that the "exursion into Eastern philosophy" isn't for everyone, since that was the only part of "Tao" that I didn't like:)
Byron C 2013-09-27 15:55:54 UTC
4 points

Check this out if you have been following Senator Ted Cruz as this is another take on Objectivism, remembering the Ayn Rand theme iwas always the Virtue of Selfishness.

This perceptive review by Kurt Keefer of Peter St.Andrew new work itouches much of Nathaniel Branden's Objectivist news letters and books, and a goodly understanding of Maslow's hierarchy of human needs, in a well packed single ¶, as well as a pleasant touch of 1960's interest in Eastern philosophies; to wit the title, "The Tao of Roak."
To post comments, please log in first. The Atlasphere is a social networking site for admirers of Ayn Rand's novels, most notably The Fountainhead and Atlas Shrugged. In addition to our online magazine, we offer a member directory and a dating service. If you share our enjoyment of Ayn Rand's novels, please sign up or log in to post comments.
In the Atlasphere
Search Directory
Books and DVDs » See all
Collateral
Starring Tom Cruise

Michael Mann's crime thriller pits an ordinary man against an ubermensch, a true force of nature. The result is one of the most stylized, intriguing crime movies in years. See Joshua Zader's review for the Atlasphere... »More
Jonathan Livingston Seagull
By Richard Bach