From Craig Biddle at The Objective Standard: 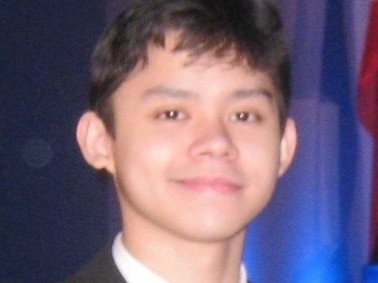 My good friend Joshua Lipana, assistant editor of TOS Blog and a highly valued contributor to The Objective Standard, has been diagnosed with cancer, specifically T-cell non-Hodgkin’s lymphoma, at the young age of 20. Joshua asked me to refrain from making an announcement about this until his doctors gained a better understanding of his situation and prognosis. They now have.

Joshua lives in Quezon City, Philippines, and has been in The Medical City Hospital, in Pasig City, for 46 days, undergoing many tests and procedures. He has recently had two sessions of chemotherapy and is scheduled for several more in the weeks to come. His loving mother, Arleen Lipana, has been by his side the whole time.

Although the side effects of the chemo are dreadful, the treatment appears to be reducing the large tumor in Joshua’s left lung, and the doctors are extremely optimistic about his future. He may be able to return home as soon as next week, which would make him very happy.

If you would like to email Joshua, you may do so at jlipana@theobjectivestandard.com. But please understand that he may not be able to reply to emails at this time.

Joshua does not have insurance to cover the numerous expenses involved in his hospital stay, tests, and treatments, so I will organize a money bomb in the near future to help defray these costs. I’ll let you know when that is underway.

Joshua is one of the greatest champions of reason and technology I’ve ever known (see his blog posts for an indication). I hope the values he defends so unwaveringly will enable him to live a long and happy life. That is what he deserves.

Biddle has now set up the account to support Joshua’s medical expenses. You can make your donation here.

In the Atlasphere
Search Directory
Books and DVDs » See all
Ayn Rand: My Fiction-Writing Teacher
By Erika Holzer

Details the mentor-protege relationship that young novelist-to-be Erika Holzer (Double Crossing, Eye for an Eye) enjoyed with Rand in the 60s. Includes a short story by Holzer, and her writing exercises. See the sample chapter published at the Atlasphere... »More
The Art of Living Consciously
By Nathaniel Branden

Perhaps Branden's greatest book. (See Joshua Zader's review at the Atlasphere.) Identifies and describes the psychological and philosophical requirements of living the conscious, purposeful life that Rand advocated in her novels... »More
View our full store »