From The Examiner‘s article “The philosophy of Van Hunt”:

For Grammy-winning R&B artist Van Hunt, it all started back in high school.

â??I can still remember coming out of class one day in 10th grade, when a friend of mine stopped me and said, â??Man, if you could only see all the girls who wanna get with you,â?? but I didnâ??t have any idea,â? says the former nerd, who had a fondness for Izod polo shirts at the time.

Thatâ??s when things took a turn for the worse. Once he possessed this arcane chick-magnet knowledge, he says, he instantly abused it. 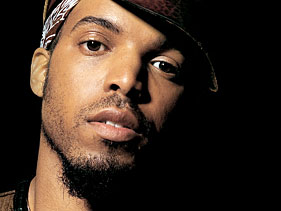 â??I fancied myself a player, and it was a disgrace to my character,â? he says. â??And I behaved that way until recently, when I found that my integrity was worth polishing up and I decided to be the man that I knew I could be.â?

What brought about the transformation? Oddly, it was the objectivist ideals of author Ayn Rand, whose cornerstone man-living-for-his-own-happiness axiom moved Hunt forward into maturity.

â??Now, Iâ??m not a big follower of people or movements,â? says the 30-year-old, who plays the Independent in San Francisco on Thursday. â??But a big transition in my life was reading â??The Fountainheadâ?? â?? I identified with not only the story, but Randâ??s whole philosophy of objectivism.

â??It was the key to my own freedom, to recognizing that my manhood was the only responsibility I had in this world. And â??manhoodâ?? meaning the expression of my creativity, and not anything self-indulgent.â?

The singer and multi-instrumentalist put that tenet to work on his new third effort, the ironically-titled â??Popular,â? out this January on Blue Note. His smooth-talking former self had accomplished much on the retro-soul scene â?? once heâ??d moved from Ohio to Atlanta, he began writing for renowned vocalists like Dionne Farris and Cree Summer, picked up â??American Idolâ??sâ? Randy Jackson as manager, signed to Blue Note parent imprint Capitol, and wound up nailing a 2007 Grammy â?? with Joss Stone and John Legend â?? for their cover of Sly and the Family Stoneâ??s â??Family Affair.â?

But â??Popularâ? finds him blazing bold new trails, from country-gospel rave-ups such as â??In the Southern Shadeâ? to jazz-funk experiments such as â??Ur A Monsterâ? and kickoff single â??Turn My TV On.â?

Now Hunt can freely reference artier influences including Miles Davis, Herbie Hancock and Charlie Parker. All thanks to objectivism, which he breaks down: â??To articulate the ideas in your head, you need formal education, so you study music theory to do that. And thatâ??s the only responsibility that you have â?? to make that process work for you and express yourself. In this life, nothing is more important.â?

Heâ??s now firing on so many creative cylinders, heâ??s just completed his own book, a short story collection heâ??ll publish next year.

At Amazon.com, you can listen to samples from his Grammy-winning first album, Van Hunt.

The definitive case for capitalism, cataloging not only the historical and practical reasons for its success, but also the moral case for capitalism as a political system. See Joshua Zader's review at the Atlasphere... »More
Objectivism: The Philosophy of Ayn Rand
By Leonard Peikoff

The first (and only) comprehensive presentation, in book form, of Ayn Rand's philosophy in its entirety. Belongs on the bookshelf of any serious student of Ayn Rand's teachings... »More
View our full store »