Regular readers of the Ayn Rand Meta-Blog may remember a singer named John Paul Roney, about whom I’ve blogged before. 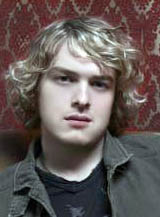 Roney and his sister, Sarah Saturday, are huge fans of Atlas Shrugged. (In fact, we interviewed Sarah on the subject a few years ago.)

He’s also the remarkably talented lead singer of a new band called We The Living. The band’s name is, of course, a top o’ the hat to their favorite novelist.

I am mid-way through writing a detailed review of their music — including their latest album, the fantastic Heights of the Heavens.

(Their earlier album, from when they still called themselves “The Profits,” is titled Far from You and Your Everyday Noise — and appears to be available only in used copies.)

Today, to my surprise, I learned that the little-known band received a raving plug in — of all places — the celebrity gossip site PerezHilton.com:

If you like Lifehouse or OneRepublic, then you will love this band!

Their name is We The Living and their hail from Los Angeles. [Actually, they're from Wisconsin.]

The song we’ve been obsessing over is this really pretty ballad of theirs called Best Laid Plans.

Such a pretty song.

I would have to agree … together with “75 and 17,” “Best Laid Plans” is one of the finest songs on their new album.

And PerezHilton.com?? Wow, what a great break for a great band. I hope this helps bring them the attention they deserve.

Like I said … check it out. If you like music in the vein of John Mayer, U2, David Gray, and the like, this album is a pretty good bet.

And how often do you get to buy music by a fellow admirer of Atlas Shrugged?

Incidentally, be sure to buy the version of Heights of the Heavens with the white cover, which is remastered, rather than the one with the black cover.

I just received my remastered copy in the mail today, and it’s a significant improvement over the original recording.

A dystopian political thriller that keeps you guessing and lays bare the problems with the misguided ideal of unlimited democracy. See John Enright's review for the Atlasphere... »More
An Army of Davids
By Glenn Reynolds

How markets and technology empower ordinary people to beat big media, big government, and other goliaths. A fascinating discussion of the role (and power) of the individual in modern times... »More
View our full store »