From a new article by Big Hollywood’s John Nolte:

Big Hollywood has enjoyed two visits to the filmâ??s set, which our own Charles Winecoff will be writing more about soon, but due to the fact that much of what weâ??re reading in the media regarding the filmâ??s production doesnâ??t coincide with what weâ??ve seen and heard for ourselves, I asked producer Harmon Kaslow to help set the record straight.

Much has been made of the filmâ??s reported budget of $5 million, especially for a project major studios have shied away from out of budgetary concerns. Like most smart producers, Kaslow wonâ??t talk specifics, but thereâ??s more to the story than the $5 million…

Assuming weâ??re talking in the area of $15 to $20 million to film the entire novel, with no big star salaries thatâ??s still a low budget but not a ridiculously low budget. As far as the casting of unknowns, as is the case with any film, budget constraints are a reality and when youâ??re working in the arena of millions as opposed to hundreds of millions, youâ??re not going to get a Charlize Theron or Angelina Jolie. 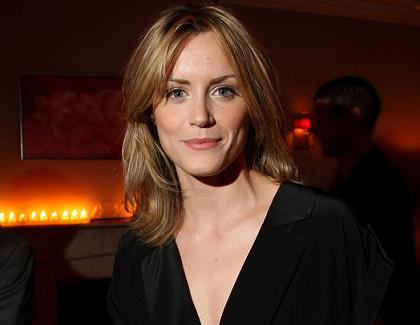 See the full article for much more, including photos of the actors playing John Galt and Jim Taggart.

In 16th Century Rome, the beautiful Veronica Franco could have the man of her dreams only by becoming a courtesan. Championing the mind as well as the senses, she earns great admiration; but when the Inquisition comes to town, she is put on trial for witchcraft. Lush romantic realism, complete with courtroom speech at the end... »More
View our full store »