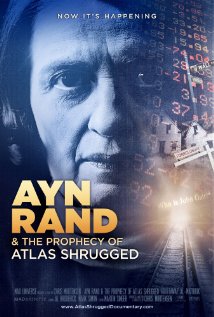 A new article by Harry Binswanger at The American Thinker begins:

The American Values Network, a left-wing group, with considerable funding by George Soros, has launched a media blitz under the banner “Ayn Rand vs. Jesus Christ.” As an Institute founded by Ayn Rand’s heir and devoted to advancing her philosophy, Objectivism, we would like to respond. Since this is an issue Rand faced repeatedly in her lifetime, our response is basically to let her speak for herself.

The AVN campaign is right in saying that Rand opposes accepting any ideas on faith — i.e., in the absence of rational evidence. Reason, based on sensory observation, is man’s only means of knowledge — the knowledge on which his life depends. Accordingly, she considers not only religious faith but any departure from reason to be destructive both personally and culturally.

But the AVN is wrong in bringing religion into politics at all. The American system treats religion as a private matter, not something to shape government policy. This is a corollary of the separation of church and state. The AVN campaign goes to shocking lengths in violating this principle. A recent video shows a young man pursuing Paul Ryan in a parking garage urging him to follow the Bible not Rand (whom he has praised) in his congressional budget proposal. Bringing religion into politics doesn’t get much cruder than that.

See the full article for much more.

Forced to choose between having a fulfillment center in Texas and enjoying its tax-free status as an internet retailer, Amazon choose to close its fulfillment center. This sounds like a win for Amazon customers, a lose for Texas taxpayers, and probably a draw for Amazon itself.

“Texas retailers collect and remit sales taxes every day â?? whether the sale happens in a store or online,” said Danny Diaz, a spokesman for the group. “Amazon.com was asked to play by the same rules, and has responded by eliminating hundreds of Texas jobs. Amazon could have chosen to collect the sales tax as Texas retailers do, but instead they opted to protect their special sales tax loophole to the detriment of hardworking families.”

I found myself marveling several times at the brilliance and ingenuity of Stuxnet. The way it unfolded on the world stage seems like the sort of “series of mysterious events” that could have been in Atlas Shrugged, were it written today rather than in the 1950s.

J.P. Freire makes some astute observations, over at the Washington Examiner blog. Worth a look, if only to see what AIG executive Robert Benmosche has been reading. And not fully understanding.

Kelley Currie at The Weekly Standard blog has this beautiful anecdote about our beloved Jaroslav:

I met Romanchuk about a decade ago in Thailand, of all places. He was sent to me by colleagues at the International Republican Institute, where I was working at the time, to help with a problem I was having with my Burmese dissidents. They were good guysâ??committed to democracy and willing to risk their lives for it. They were also big admirers of Communist economic theories, and did not seem to understand the infrangible link between the economics of Marxism and its political tyranny. My attempts to get them to read the Economist and Adam Smith were going nowhere, so I got the idea that it might help them to hear from someone who had actually lived under a Communist system and had run away from it screaming.

Enter Romanchuk. He was as close to a pure Ayn Rand-spouting Objectivist as I have ever met, not to mention an incredibly brilliant economist who gave my well-intentioned Burmese dissidents brain cramps when he clearly explained how oppressive an economy based on redistribution and “social justice” actually was in real life. You could have heard a pin drop when he told them about the unsuccessful attempts on his life as a result of his work with an opposition political party under Lukashenko’s dictatorship. He also exhibited an unbelievably foul sense of humor and could, naturally, drink us all under the table, which he proceeded to do every night. Because he had street credibility, the Burmese dissidents could relate to him immediately. They never stopped asking for me to bring him back for a second round, but unfortunately I was unable to do so.

See her full blog post for more context for this anecdote.

Since publishing our article yesterday in defense of WikiLeaks, I’ve been on the lookout for good articles presenting the case against WikiLeaks. Megan McArdle provides a pretty good one.

UPDATE – (Dec 12) For two more interesting perspectives on WikiLeaks, see Ron Paul’s defense of WikiLeaks and Clay Shirky’s insightful review of the long-term implications of WikiLeaks. The latter may be the most even-handed commentary I’ve seen.

Got additional insights on the subject? Share them in the comments below.

Objectivist entrepreneur Logan Darrow Clements, whom we interviewed in 2003 during his bid for the governorship of California, has released “Sick and Sicker,” which is billed as “the movie that puts ObamaCare on ice.” You can watch the trailer and order the movie at SickAndSickerMovie.com.

It’s the Howard Roarks who create new jobs, but it’s the Peter Keatings who are thriving in the current economic climate, with its public-private “partnerships” and lack of available credit.

I just received the following announcement via Stuart Hayashi:

On Thursday, January 7, 2010, the Fox Business Network will air the episode of “Stossel” that will be about Atlas Shrugged happening in real life and happening today. It will be on at 8:00 p.m. Eastern Time

This little-known movie is one ambitious and cerebral flick! The plot is strong, and admirers of Ayn Rand's novels will especially appreciate the heroism and courage displayed by several key characters. See Don Hauptman's review at the Atlasphere for more details. »More
The Capitalist Manifesto
By Andrew Bernstein

The definitive case for capitalism, cataloging not only the historical and practical reasons for its success, but also the moral case for capitalism as a political system. See Joshua Zader's review at the Atlasphere... »More
View our full store »